UK tech ‘shrugging off Brexit’? Time for a reality check

A report from London & Partners last week outlined how the UK tech sector remains extremely strong despite Brexit. In particular, the report focuses on VC funding for UK tech companies being at record levels in the first half of 2017, signalling the UK has ‘shrugged off Brexit.’

This is not an accurate or balanced view of the data. Whether one was for Remain or Leave, for UK tech to thrive it is now more critical than ever to bring a balanced, informed view to the discussion of the current climate for VC funding for what arguably is the UK’s key growth sector. The report unfortunately does not do this.

I reviewed the same data from Pitchbook (the source used by London & Partners) and found a number of important factors that should underpin a more thoughtful discussion of the current funding climate for UK tech:

The UK has always been the largest tech VC investment destination. The number of UK funding rounds has traditionally been about 3x that of Germany, 1,200-1,500 pa in the UK versus Germany’s 400-500. All other markets lag behind these two.

UK VC investment declined in 2016 in both number and value. The decline was 10-25% depending on whether one looks at value or volume. This is partly reflective of an overall decline in European VC investment. However, the UK’s decline accelerated in the second half, clearly reflective of Brexit related uncertainty. This should be expected.

So far this year, UK tech investment has fallen again in terms of funding rounds, and are on track to be 20% lower than last year in total number.

My analysis in fact shows a larger amount of funding into the UK first half of 2017 vs the London & Partners report, we find $2.2B whereas the report states £1.4B. However, we do not believe one 6-month period’s investment value is any indication of a trend when VC cycles are measured in 5-10 year periods. Also, the first half of 2017 is inflated due to only 3 $100m+ financings, most notably Improbable’s $500m fundraise from Softbank, the largest ever venture financing in Europe. This kind of ‘bluebird’ round has never occurred before, and cannot be trumpeted as indicative of any ‘trend’.

Overall, investment volume is a far better indicator of ‘health’ than value which can rise and fall much more easily. On this metric, the UK is receiving materially less interest so far this year than in previous years. 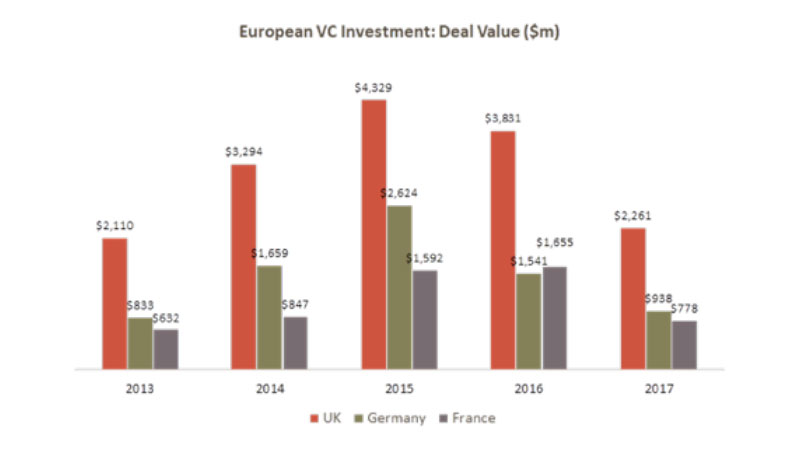 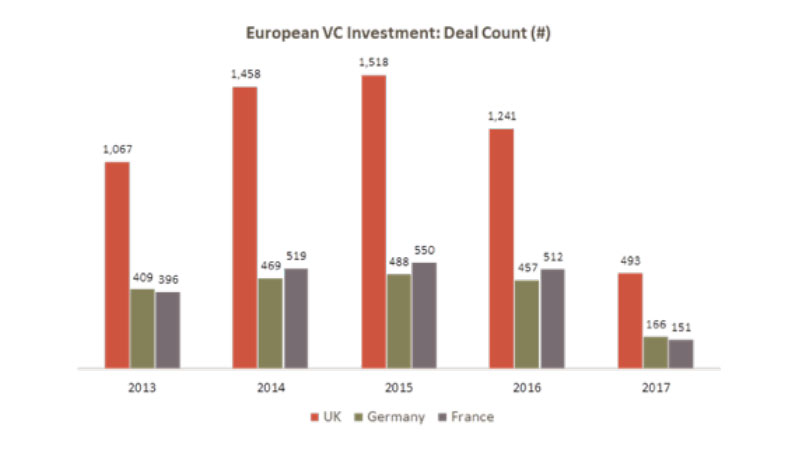 My advisory practice, Magister Advisors, is seeing widespread caution amongst international investors in committing money to the UK during this period of extreme uncertainty, with currency devaluation providing only a temporary and unsustainable respite from concerns over a worsening economic climate.

As a prominent international VC said to us very recently “why would anyone in their right money put money into the UK right now?”