Confusion reigns about the impact a hung parliament will have on business confidence and, of course, whether the nation’s plans for Brexit will change. Naturally, this concern is magnified for sectors driving UK economic growth, with the tech and financial sectors foremost among them.

There is no need for concern. Analysis of historic funding activity from Pitchbook shows UK tech funding actually rose after the last hung parliament in 2010; in fact, UK tech funding jumped 70 percent in the 12 months after the 2010 UK election versus the 12 months before. And this wasn’t due to one or two large rounds; the number of rounds rose 25 percent to 360 in the same period. 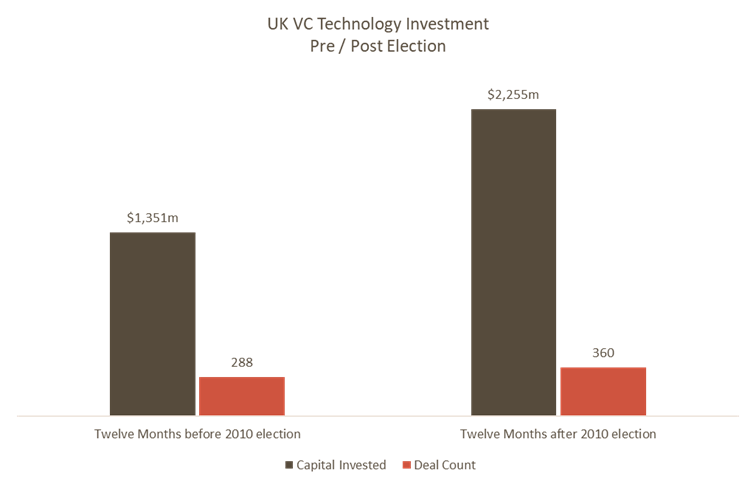 One explanation for this trend is that investors who fund tech take a far longer term view than the timeframe a coalition government is expected to exist. VC investors tend to take a view of the market measured on a scale of years rather than months, and so while this election has undeniably caused some market instability, the UK’s long-term fundamental strengths for the tech ecosystem remain sound – for now.

Another factor to consider is that coalition governments naturally find it hard to implement radical changes, ensuring a degree of enforced continuity that enables investors and businesses to just “keep calm and carry on.” With much-diminished political clout and a working parliamentary majority of two seats, it’s hard to see Theresa May’s administration making short-term radical changes that would make UK tech companies and investors think twice. The issues they’re looking out for are much more long-term.

The data does suggest Brexit is having a far larger and more negative impact on the UK tech sector. Funding had risen from $1-2 billion annually in 2009-2013 to over $8 billion in 2016, the highest level ever recorded. Meanwhile the number of funding rounds grew from 250 to over 1,000, setting the stage for a new crop of global tech leaders to emerge from the UK.

Brexit has slashed that trend because, unlike hung parliaments, it is a permanent change and increases overall “macro risk.” Confirming this, 2017 is on course to record the largest even fall in UK tech funding, cutting $4 billion off 2016’s funding levels. 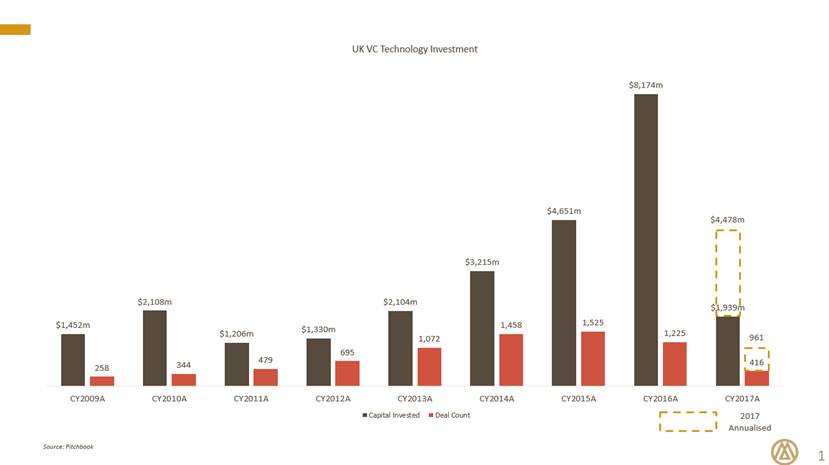 For an industry still at such an early stage of development compared to the US, such a massive reduction in funding will reverse a decade of growth in tech, while other tech centers in Europe and Asia accelerate their development. While the Conservatives’ reduced majority may spur the government to consider a “softer” Brexit deal, details are scant, and this remains a dangerous point of uncertainty likely to drive further drops in funding over the coming months.

The conclusion isn’t hard to reach. A hung parliament isn’t likely to hurt the UK tech sector; but Brexit could profoundly damage it, perhaps permanently.