Should VC’s Invest In Fin-tech? The Case For “No”

Since 2011, $60B of VC investment has gone into fin-tech globally. That’s 7,000 funding rounds, a staggering collective commitment by the venture industry to the future disruption of banking, trading and payments.

Fin-tech remains one of the most disruptive global trends, but we believe the end is near for large-scale VC investing in fin-tech. In future fin-tech will accelerate using far more strategic investment instead. VC’s should cut back their fin-tech investing significantly.

Of $60B of VC money, half was in the US. Europe has been only 10-20%, and Asian markets have come from nowhere to capture the rest. VC investing dipped in 2016, -15% in the US and -10% in Europe. We don’t view this as a ‘blip’ but rather evidence of a cooling off period after collective excitement in the sector drove valuations too far. 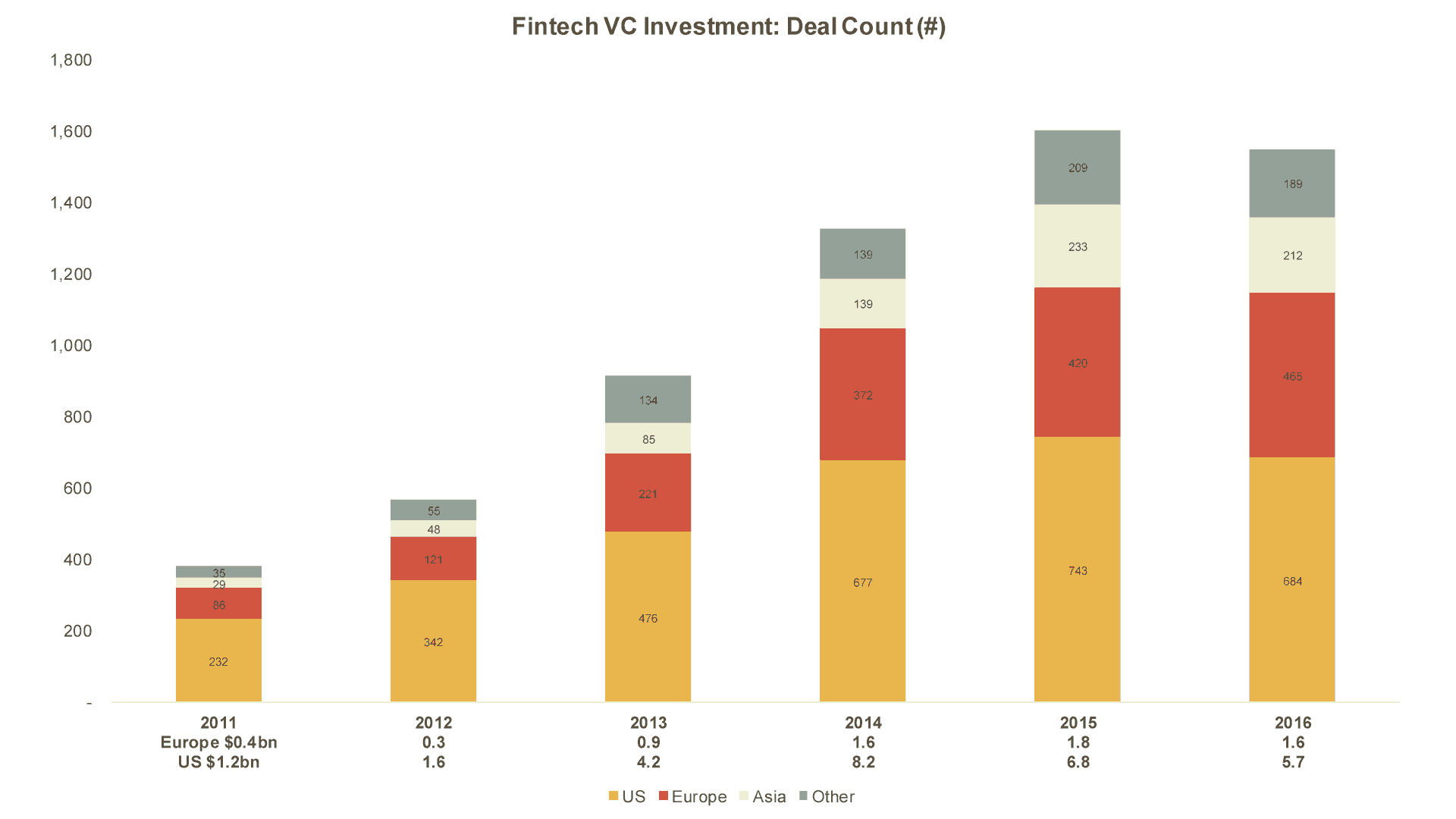 In a recent interview with Business Insider, Amy Nauiokas, the head of Anthemis Group, a New York-based venture capital firm, described the time leading up to the dip as a “period of exuberance. Big firms just sort of piled on a bunch of, let’s say, happy money,” Firms were thinking, we have money, we have capital, we have to spend it,” she said. This environment of “happy money” sent valuations for fin-techs to levels that some investors view as unreasonably high.

We don’t see the current cooling off period as just valuation driven. We believe there are long term structural trends that should bias VC’s away from fin-tech, and continue to dampen future investment activity.

WHY WILL VC INVESTMENT FIN-TECH DECLINE?

Fin-tech firms operate a totally different ‘agile sprint’ development approach, creating products quickly, testing quickly, and refining them for release to catch market demand. Their compliance teams are a handful of people who don’t kill innovation. Buying or investing in key fin-tech firms gives incumbents a way to accelerate product development ‘outside their walls’ without having to overhaul massive internal organisations.

WHO WILL FUIND FIN-TECH DISRUPTION?

In a word, strategic investors. Its already happening.

In the next decade, fin-tech’s success will increasingly be funded by the most forward-thinking strategic investors, not VC’s.