For AI startups, more funding is often not the answer

Software may be eating the world, but AI is going to eat software

AI Investment At All Time Highs 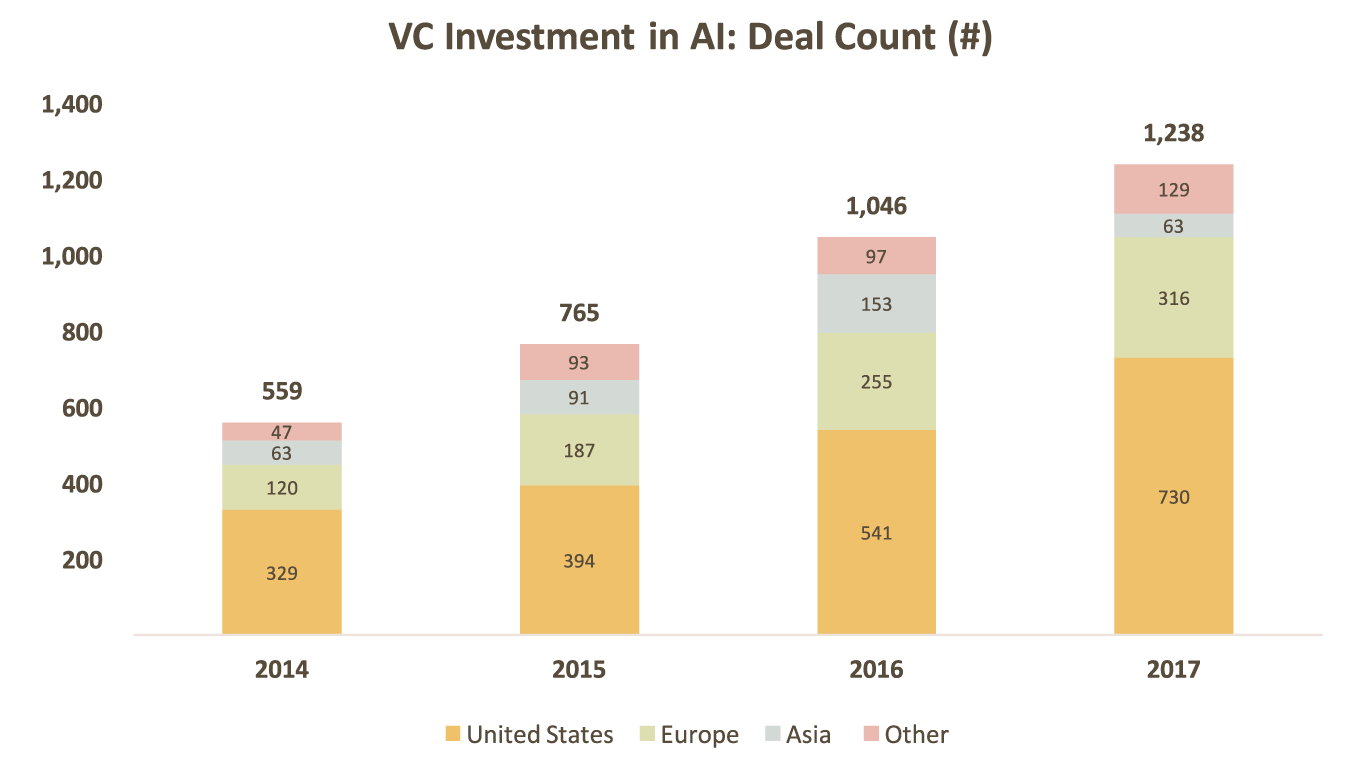 Investors piling into a space are aiming for multiple exits worth $ hundreds of millions. However, the pattern of AI exits is the opposite. Most successfully-exited AI companies sell for sub- $50m, after raising only a small amount of money. This works well for founders and small angel backers, but not for VC’s who want to invest more in companies exiting for well over $100m.

Of 70 AI M&A deals since 2012, 75% sold below $50m. These deals are often ‘acqui-hires’, companies acquired for talent not business performance. The number of $200m+ deals barely registers.

The typical journey works like this: a small team comes together around 1-2 individuals, they forge real advances on key use cases (voice recognition, visual/video tracking, fraud detection, retail consumer behaviour etc.), sign a handful of prominent customers, raise less than $10m (often sub $5m), then attract the attention of a major buyer looking to solve that problem set. As a result, AI companies often get valued as an amount paid per engineer rather than on performance (revenue, growth, profits); the average price/employee is around $2.5M: 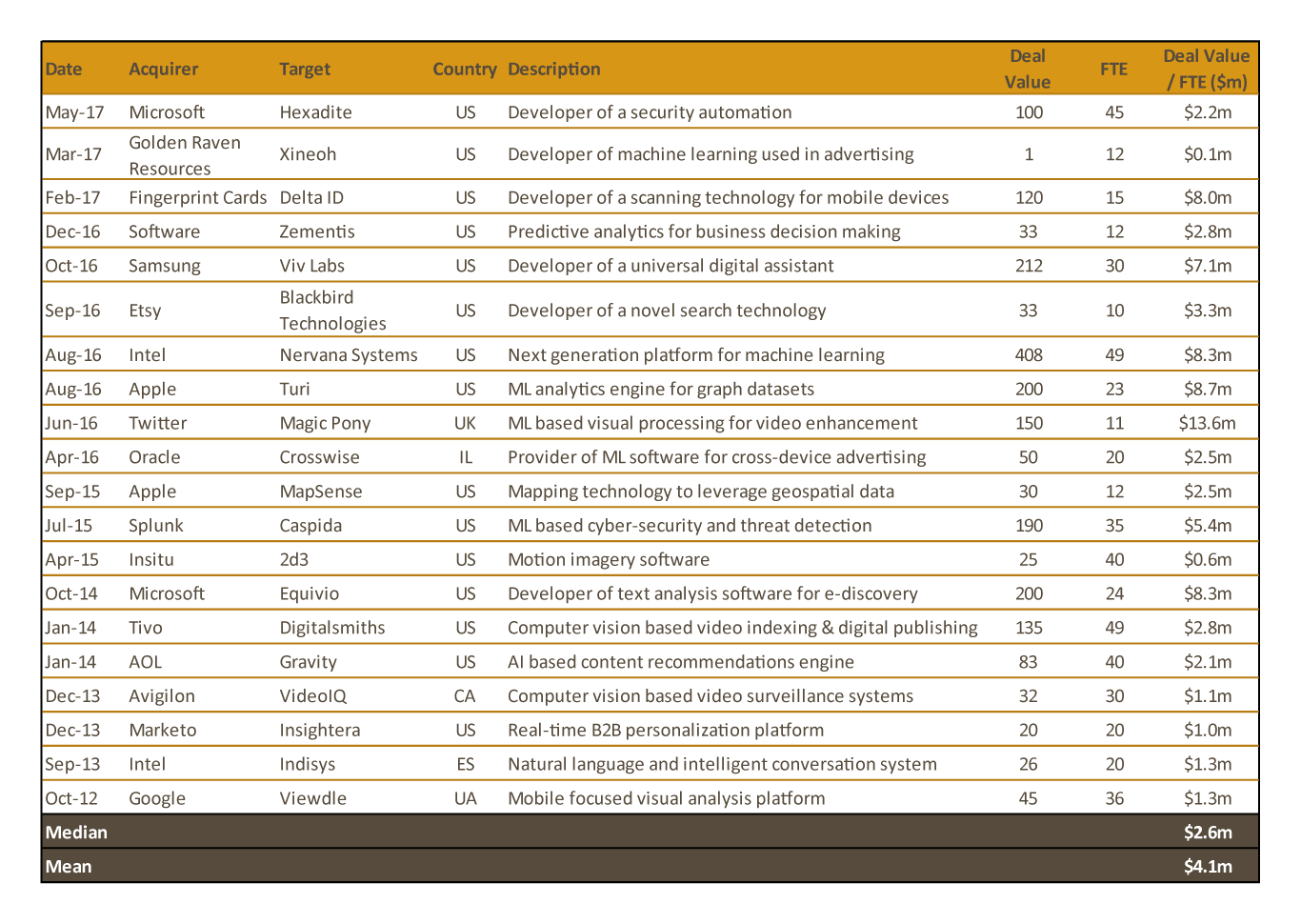 The other issue for VC’s is that AI companies don’t generally need to raise much money, even if they are valued at far above $100m. Argo, valued at $1B for a majority stake by Ford, was 20 people when bought. Our research from PitchBook shows the 10 most valuable AI M&A targets raised on average only $15-25m; there was only room for 1-2 VC investors in each deal:

Sure there are larger AI companies still growing, such as Palantir, valued at $10B having raised over $500m. But a few isolated cases of $1B+ ‘unicorns’ created using significant VC money is hardly fertile ground for 1,200 VC investment rounds. The reality is AI just isn’t as rich a segment for VC’s as investment activity suggests.

In Fact, VC Investment Can Be Counter-productive

Once several VC’s invest, an AI company can no longer entertain a $50-100m M&A offer, and must scale its team and product suite to ramp to a much higher valuation years further out; otherwise VC’s cannot get the return they require. Here’s why we think this is counterproductive:

For many AI founders, the best approach is raising little money, demonstrating they can solve hard problems, and waiting for the M&A phone to ring.

For VC’s the best approach is often to look elsewhere.