What happens when fintech valuations come back down to Earth?

In this guest post Victor Basta, managing director of boutique investment bank Magister Advisors and a specialist in the technology sector, argues that we'll see fintech valuations fall steeply across the board this year. That's likely to spell pain for the crop of start-ups that are set to go public in the coming months.

No tech subsector has reached stratospheric valuations as consistently as financial technology, or fintech. The heady combination of huge markets, a radical platform shift to mobile, and newly vulnerable incumbent dinosaurs (be they banks, wealth managers, or insurers) has attracted over $30bn of annual investment. After a decade of evolution, 2018 looks set to be the first year we’ll see a herd of fintech firms go public. At least ten have filed or talked about an impending listing this year, including TransferWise, Credit Karma, Adyen and Funding Circle.

But there’s a danger this flurry of IPO activity could be a mixed blessing for the wider fintech industry. In a market buzzing with hyperbole and over-generous funding-round valuations, the reality of IPOs could present a real danger not just to company shareholders but across the wider industry.

Nowhere is this more apparent than at Funding Circle. Bankers and investors are talking up Funding Circle’s valuation at £2bn, despite the company having last raised money at below £1bn. £2bn for a business generating only something around £100m of revenue annually, even if it's growing at its current rate of around 50 per cent, is an awfully big sticker price for any industry. That amounts to over 16x revenue - for perspective, Google and PayPal are both valued at only 7x revenue.

The curse of comparability

This “curse of comparability” is bound to threaten Funding Circle’s IPO valuation and share price performance. Even with fast growth and a high-end price tag, Funding Circle would be doing very well to get far above £600m, a fraction of the valuation chatter so far. 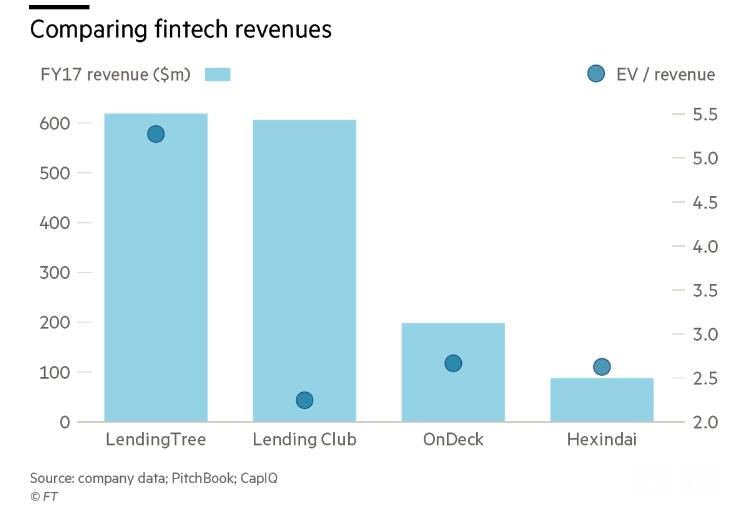 Square’s painful IPO experience offers a worst-case precedent for what could go wrong. The company raised money at a $6bn valuation, and went public a year later at $3-4bln, leading to widespread criticism and media derision. The problem was that public investors valued the company purely as a fast-growing alternative to existing public payment service providers, rather than the game-changing disruptive technology its early-stage investors had hoped it to be.

In a salutary lesson for IPO wannabes, Square’s shares were still stuck around the listing price a full 12 months later. It wasn’t until they started partnering with major banks that the share price began to take off, with a 200 per cent rise over the past 12 months. 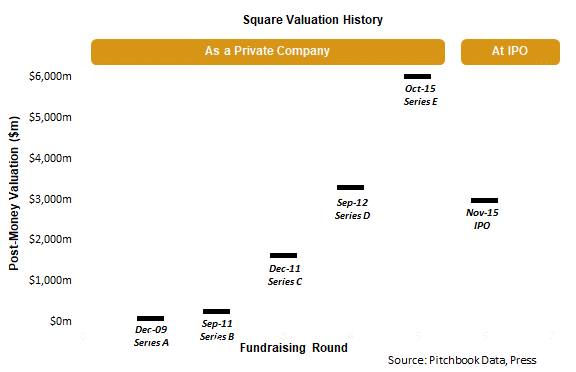 Risk is increasingly being priced into the valuations of private fintech companies. Klarna’s latest valuation of 5-6x revenue compares with a 7.5x revenue multiple achieved 2-1/2 years ago. Similarly, iZettle, the point-of-sale technology vendor, looks valued at 8-9x revenue, while Adyen, a competitor, priced at 10x revenue in a January 2017 funding round, all according to PitchBook. While these multiples are still much higher than so-called legacy players, they are no longer at “altitude sickness” levels completely unrelated to performance. It’s clear that fintech investor over-exuberance has cooled somewhat.

These corrections are long-overdue, but this is a long-term trend, not a price correction. As fintech firms grow up and achieve the scale and reach of established vendors, they will find themselves valued increasingly like them. Coming back down to earth is not necessarily a bad thing in the long term, but it does mean the current crop of fintech IPOs-in-waiting may find their late-stage funding rounds were their valuation high point.