Who Needs ICO’s? Fin-tech’s Next $100B Opportunity

The ICO (cryptocurrency financing) debate may grab headlines, but there is a far greater, more valuable, and ultimately more transformational opportunity that remains hidden from headlines. Fin-tech has disrupted developed markets, but barely reaches billions in developing markets, where 98% of transactions are cash and many are stuck in a rural poverty cycle fin-tech can solve.

Addressing it is worth $100+ Billion of value. Now do I have your attention?

The size of the opportunity is immense, so is the challenge

Every morning 2B people wake up with no money; what they earn that day is all they have. No access to financial products means no savings, no credit, no insurance. Any family shock, natural disaster, or political conflict, can turn an unbanked family overnight destitute. Fin-tech holds the huge unfulfilled promise of changing this, literally transforming lives and spurring global growth. This represents both fin-tech’s biggest-ever market opportunity, and a chance to quite literally change the world.

Of the 2B financially excluded, 75% concentrate in 25 countries, a quarter in sub-Saharan Africa, the rest in Asia. Often rural and hard-working, mainly female, sometimes unwell, individually they may only earn $1-5,000/year. But collectively, they represent a market in the $ Trillions. 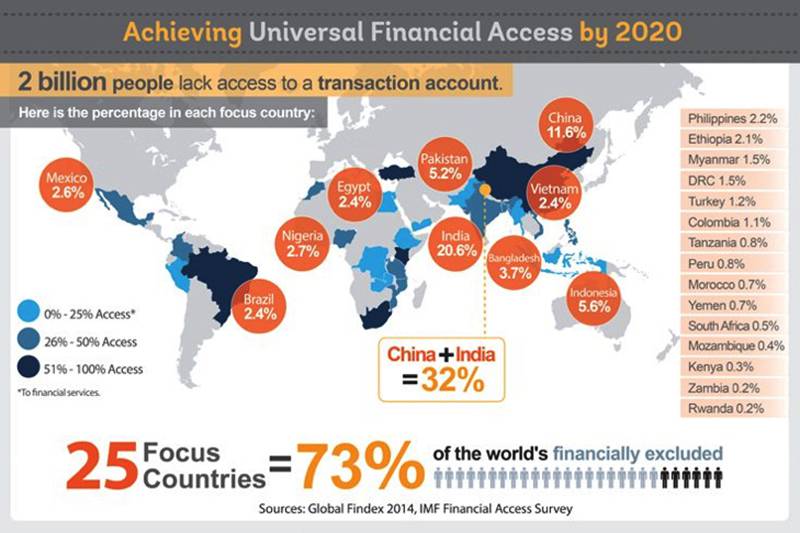 In Nigeria as an example, 40m+ are totally excluded financially; 50-70% are farmers averaging $2,000/year at the mercy of annual weather. The pattern repeats everywhere.

‘Everywhere’ is precisely the challenge. Cost-effective access to this disparate population is incredibly difficult. For example, in Nigeria alone its estimated $300-400m is required to build a financial/payments network reach the 40m+ unbanked. Factoring in conversion rates of those reached, and the small value of individual transactions which take years to build to volume, and it suddenly looks a very long game.

Yet the opportunity is huge, and timely. Just as credit fuelled an explosion in global trade 500 years ago, financing and savings for the poorest can accelerate industrialisation in Africa and Asia, creating wealthier populations with far better quality of life. In a larger context, Africa’s speed of industrialisation should largely determine if world population plateaus at around 10-12B or soars past 15B. The environmental, political, health and economic benefits of reducing peak population by 4B can’t be exaggerated.

Its already starting to happen

In sub-Saharan Africa, home to 21 of the world’s 25 poorest countries, mobile payment penetration is the highest in the world and rising fast. While the chart below is impressive, mobile money has enormous growth potential still; M-Pesa in Kenya, Africa’s largest mobile payments company, is still growing 30% annually at $500m+ of revenue: 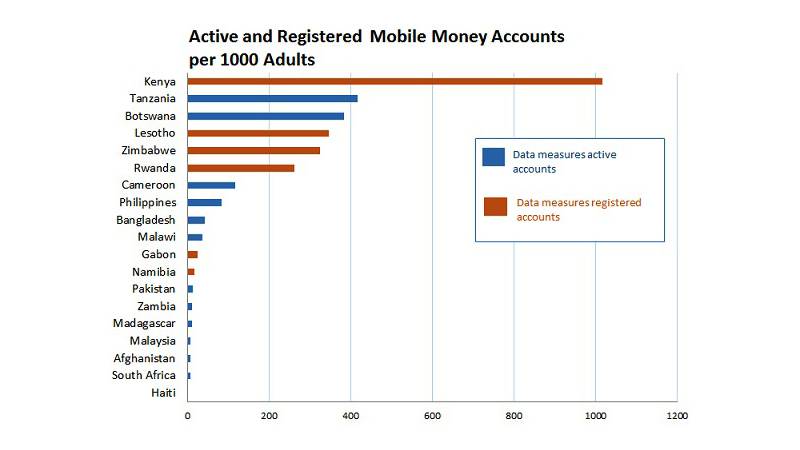 M-Pesa’s rise also shows the literally life-saving benefits of mobile payments. Its growth accelerated during Kenya’s violent 2007 elections. Citizens afraid to leave their homes were able to buy goods, and transfer money, while protests on the street left over 1,000 dead. If M-Pesa didn’t exist, more would have died needlessly. It’s one reason Kenya leads the world in mobile money accounts, showing what’s possible in a still-poor developing country.

Aside from the growth still possible, financial inclusion is more than having a mobile wallet. It’s also about linking financial products to it, and increasing credit based on behavioural and other data. Farmers who build up excellent credit should have the opportunity to finance expansion, just Pakistan’s Grameen Bank grew micro-finance lending to borrowers who re-paid. More broadly, financial inclusion should enable people to move from subsistence to using capital to cushion shocks, shift from subsistence to creating businesses, and plan forward for the first time in their lives, not just to make and take payments.

A model that is working is teaming a regional finance authority or government entity which has the reach and remit to invest upfront, together with an emerging fin-tech player capable of delivering the technology and operating the payments network. Take the recent announcement by the African Development Bank of a rural mobile payments network operated by a Kenyan company called Cellulant is a model. This arrangement is built on the Agrikore system already running in Nigeria. Here is how it works. The Nigerian government operates a $400m annual subsidy program for ca. 20m farmers. Each farmer downloads a stored-value mobile wallet operated by Cellulant, where the government deposits $50, the farmer adds $50 of his/her own money, then goes to one of 4,000 locations to redeem the $100 for fertiliser and seeds. Agrikore has been so successful 17m farmers have signed on; 16m of these have previously been financially excluded. Its impact on Nigerian food production has been significant: 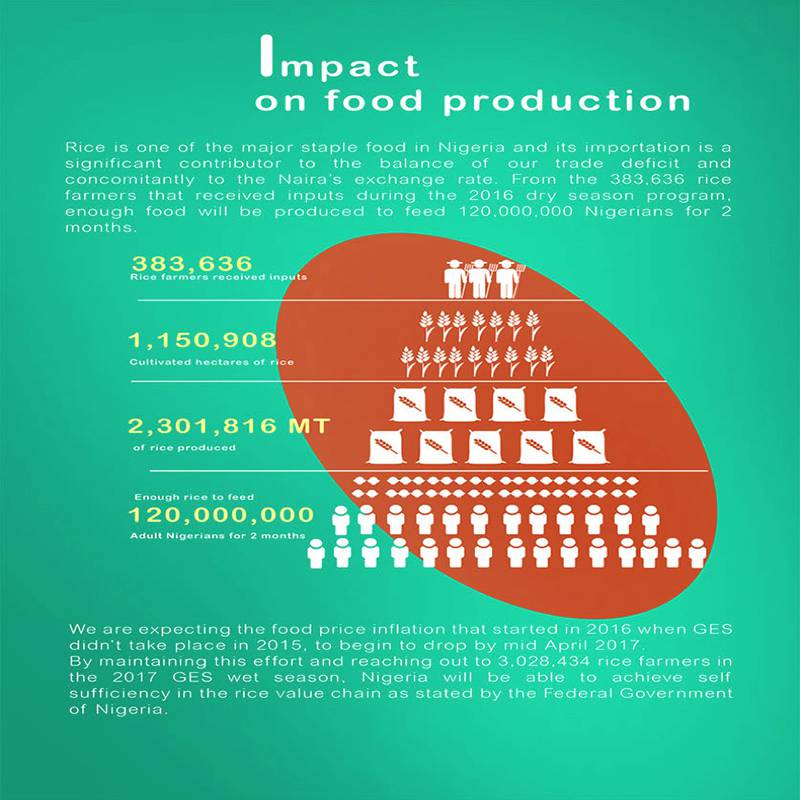 This scheme combines a government’s reach, the transformational effect of a fin-tech company’s superior payments technology, and a high-value use case that triggers adoption of the mobile wallet. What’s also interesting is the future potential to add data and behaviour-driven products. For example, farmers with exemplary transaction histories could be eligible for loans to expand their farming enterprises. Longer term the most capable farmers can control more farming output, moving from subsistence to long term wealth creation.

What we expect going forward – ‘freemium’ for the poorest

Government-sponsored fin-tech payment networks for the unbanked is only getting started. Paytm in India has rolled out its wallet to 220m people though balances remain tiny, and the ‘cost-to-serve’ remains challenging. That hasn’t stopped them achieving national prominence and a $680m investment from Alibaba’s Ant Financial: 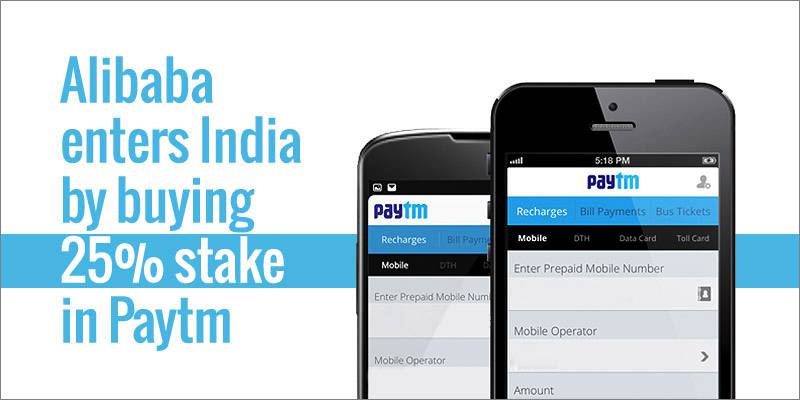 Cellulant generates a few $m from the Nigerian government, but the major value will come from offering banking and loan products to mobile wallet customers. Today, companies are building their base and profile, recognising and accepting the real revenue pay-off is a few years away.

But in our view, is this is no different from ‘freemium’ model so favoured by VC’s; roll out, get customer traction and engagement, monetise later. SnapChat, Facebook, Spotify and others have achieved huge reach and valuations following this model in developed markets. The ‘freemium’ approach is even more valuable in unbanked markets. However, it’ll take the best part of 10 years to evolve successfully; changing behaviour always takes longer than vendors expect.

But because the market is so huge, and the appetite we believe so large, we can envision a $100B market serving the 2B unbanked profitably.

We believe there will be several $10B value companies delivering comprehensive fin-tech solutions to the unbanked built around a mobile wallet.

In total, there is $100 Billion+ of value still to be created. And the market is just getting started.