With more countries committing to net zero by 2050, green hydrogen will play a major role in the battle against climate change, particularly in mobility, metals and fertilisation production, areas that conventional renewables are ill-equipped to tackle cost-effectively.  The key question is how to produce green hydrogen at scale to meet those use cases.

Green hydrogen is now a key part of global governmental energy strategy, growing the current $150bn market to $600bn by 2050. The surge in oil and gas prices, and sudden risks of supply, has only accelerated commitment to fund technologies that improve production. Crucially that includes the wider ecosystem, including storage (particularly critical with hydrogen) and distribution.

While battery electric vehicles will dominate the passenger car market due to the far higher round trip efficiency of lithium-ion technology[1], the long-haul trucking sector will most likely be powered by hydrogen fuel cells. This makes sense for logistics because hydrogen fuel cells have a far greater energy storage density, meaning far lighter trucks that can both travel further and recharge far more quickly. 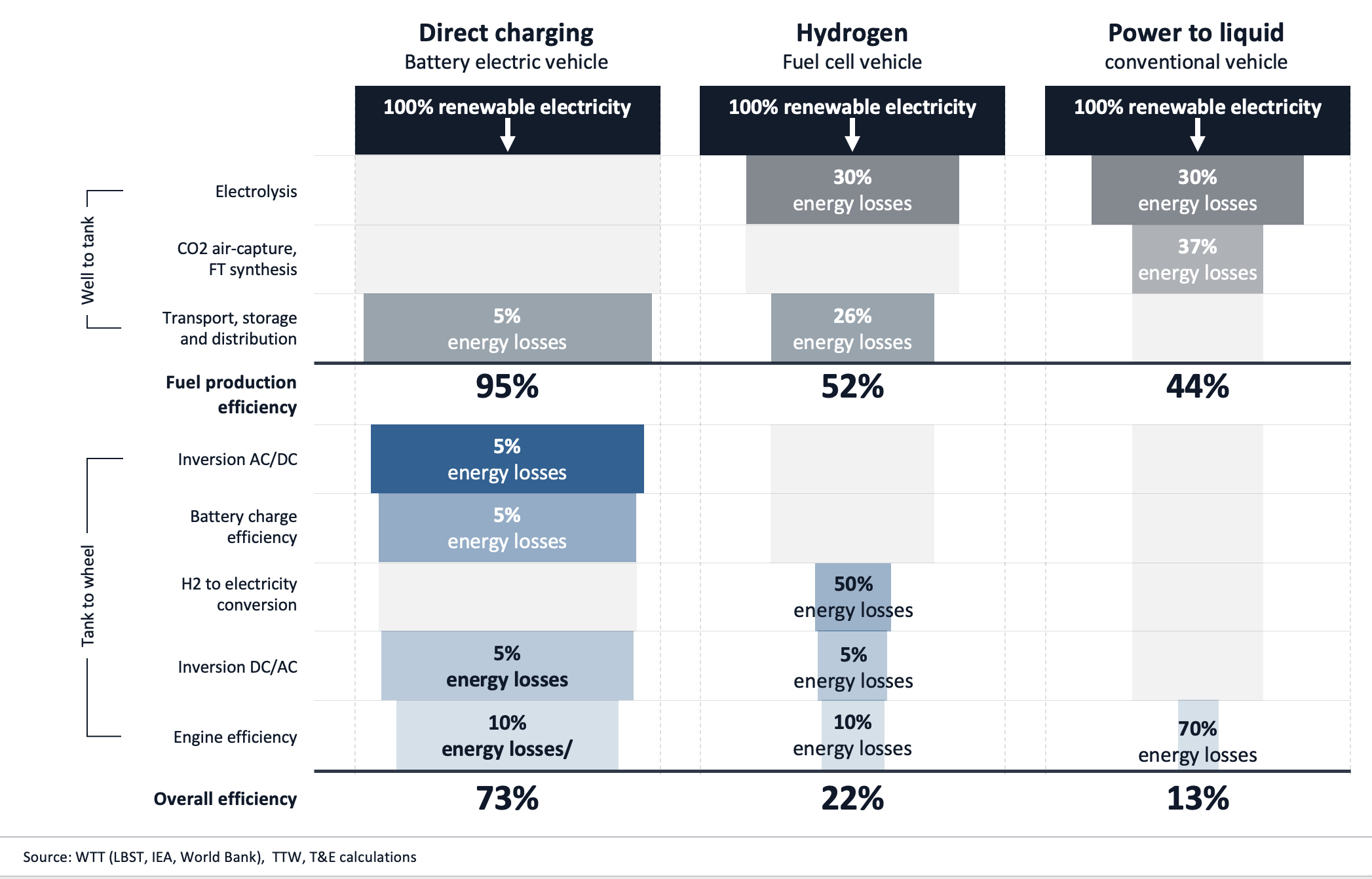 A major development is mining giant Anglo-American’s prototype of the world’s largest hydrogen-powered vehicle[2], a giant 210-tonne mining truck with zero-emissions from a motor that generates 2MW of power capable of carrying 290 tonnes.

Green hydrogen could also revolutionise global shipping, which produce 3% of global emissions. Many experts believe hydrogen is the industry’s best option to switch out of traditional bunker fuel (with the associated air pollution from particulates and ongoing damage to public health), unlocking up to $1.9 trillion of investment[3]. Pressure is increasing to accelerate this shift, with the International Maritime Organization wanting to at least halve shipping emissions by 2050.

Cleaning up steel and fertilizer production

Major steel makers are also looking to hydrogen to transform energy-hungry processes to make ‘green steel’. Replacing coal with hydrogen to produce steel would go a long way to helping decarbonise an industry responsible for 8% of global carbon dioxide emissions a year[4]. Hydrogen is ideal for use in the manufacture of steel due to its high energy density and reactivity to iron ore.

Last year, Swedish green steel venture Hybrit delivered the world’s first steel produced without coal to truck-maker Volvo AB as a trial run before 2026 commercial production[5]. Another green steel venture, H2 Green Steel, is also planning to build a fossil-free steel plant in northern Sweden, along with a hydrogen facility, with production in 2024[6].

Finally, hydrogen is the key ingredient in ammonia used in virtually all fertilisers. Today ammonia plants with account for nearly 2% of global emissions, currently use fossil fuels to produce the hydrogen they need. Using low-carbon hydrogen to produce ammonia would transform the fertiliser industry. In the US, CF Industries – the world’s largest producer of ammonia – plans to have a flagship green ammonia plant in Louisiana producing 20,000 metric tons per year by 2023[7]. Several other big ammonia producers have also announced green hydrogen projects, including Yara International in Australia[8].

Where will the green hydrogen come from?

Countries like Oman, Morocco, Saudi Arabia, Norway, and Canada[9] have natural advantages in the race to lead green hydrogen production. This is because it requires sun, wind and pure high-quality water.  Desalination is the key to securing this for arid regions. For example, Oman is already building the world’s largest green hydrogen plant[10]. Similarly, Morocco, with over 3,500 kilometres of coastline, is using desalination as well as Saudi Arabia, where plans are already under way to build multi-billion-dollar green hydrogen plants. We believe infrastructure investors can generate high ROI’s focusing on desalination facilities that produce green hydrogen while venture capital investors can back companies exploring technologies that can dramatically reduce the cost of desalination.

Countries with a strong hydroelectric base are also in pole position to become leading exporters of green hydrogen. Hydroelectric power benefits from being long-tested, consistent, and extremely low cost. For example, almost all of Norway’s domestic generation comes from hydroelectric power, the lowest-cost source of electricity globally. In fact, Norway has become the biggest energy exporter in Europe, so there is plenty of excess renewable energy for commercial-scale green hydrogen production[11], whilst Canada consistently exports excess hydroelectric power to the US[12].

However, demand is strong and growing in key high-emission sectors, and green hydrogen could replace fossil fuels in a large proportion of requirements for industries that collectively pollute ~10% of our total each year[14].

Many companies are actively working on solving the key problems including:

At the same time there has been steady growth in the number of European venture capital deals linked to hydrogen in recent years.

Green hydrogen is becoming essential to achieving net zero, yet we are at the early stages of commercialization. Rarely do investors have the opportunity to back a market which has the long-term potential to reach $600B that is already proven, yet still nascent in terms of deployment. The next 3-5 years will be critical to the speed with which green hydrogen delivers on its huge promise, finally at scale.