Forget SoundCloud, European Tech Has More $100m+ M&A Deals Than Ever Before

Negative news recently from Soundcloud, which cut nearly half its staff only a year after ‘mulling over’ a $1B M&A offer, is now the exception rather than the rule in European tech.

M&A deals not IPO’s drive activity. As the chart below shows, there 10x the number of M&A deals above $100m than IPO’s. Europe remains a market where exits are driven by strategic value to international buyers, not attractiveness to financial investors. 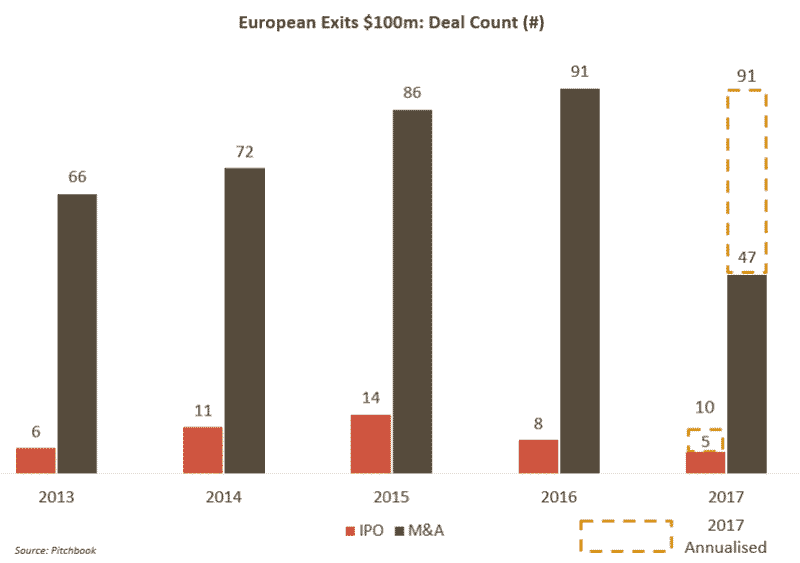 We believe this higher sustained level of larger tech M&A deals is due to several factors:

There are 700+ European tech companies that can achieve $100m+ M&A valuations over the coming five years. Many are working in key areas of interest such as fin-tech, SaaS, AI application in broad markets, and Internet of Things, which will only get more strategic in future.

There is no better way to accelerate the development of the European tech eco-system.