African tech funding, on a relative basis, is already at Europe’s level of 5 years ago

Technology is already becoming a major economic driver for the whole of Africa, far more than anyone realises. While Jumia gets headlines, the relative impact of African tech VC is already equivalent to European tech funding only five years ago.

We looked at funding rounds in Europe and Africa above $25m, where “serious” money committed to scale begins to have real impact. In 2018 seven African companies raised close to $500m collectively in these rounds; up from only 1-2 deals a year before. 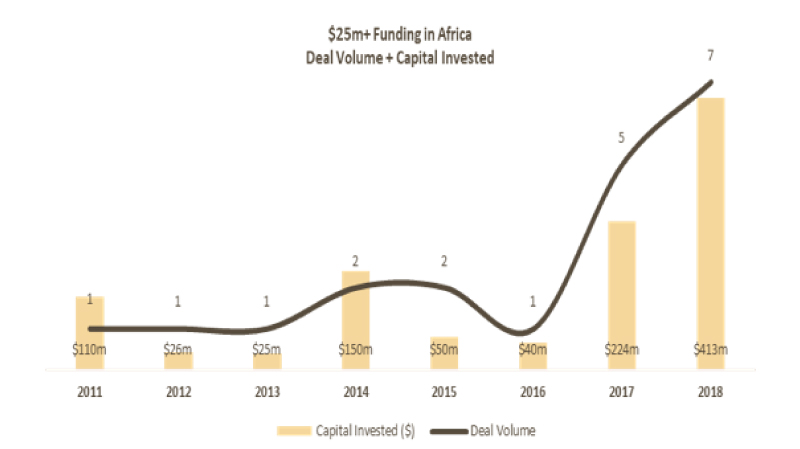 Of course this is only 3% of Europe’s equivalent $15bn. 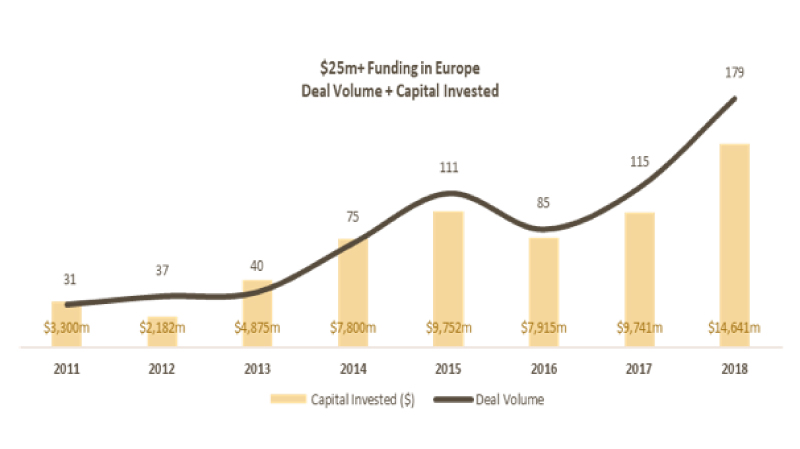 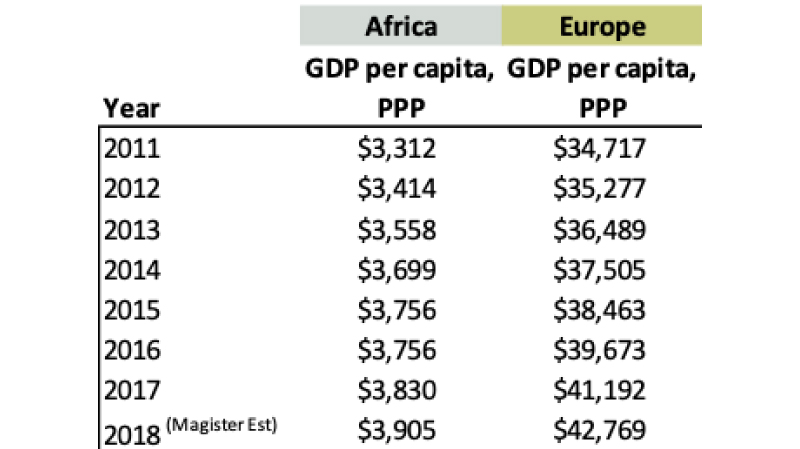 “Grossing up” African tech’s capital for relative GDP yields an impact of $5bn (in European terms, so to speak). This is already equal to where Europe was in 2013. 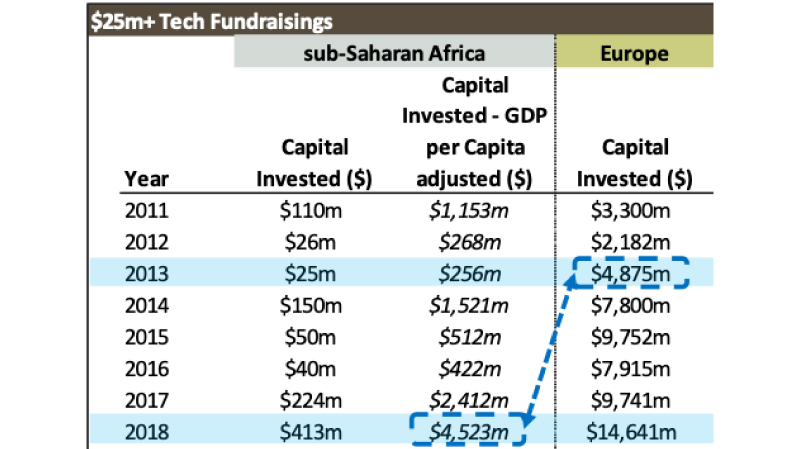 This is a fair analytical approach since much of African scale capital is destined for hiring and deployment on the continent (at local wages) to develop African opportunities and solve local challenges. Whether it is mobile money expansion, deploying portable solar, or fixing broken logistics, most of this money is heading to Africa for Africa.

This comparison is a photograph today. In fact African tech funding has far greater growth potential than almost anywhere else in the world. By 2050 its reckoned 40% of the world’s population will be based on the continent. Urbanisation, industrialisation, and the shift from commodities to manufacturing are all essential and underway. But still not quickly enough.

In response, we are already seeing a growing range of companies gearing up for their own $25m-$100m rounds in the coming years. 2019 has already delivered the first two: Andela’s $100m and Branch’s $70m round ($170m including debt).

Given the pace of development, we expect total capital in African scaling rounds to double to $1bn in the next 2-3 years, yielding a “European equivalent” of $10bn+. At this level Africa would leap to Europe’s 2017 levels on a relative basis. Over the next five years, technology, backed by growing interest and capital, has the explosive growth potential to rapidly transform sub-Saharan economies.

Hotspots for development are Nigeria, Kenya and South Africa. The key sectors we believe will drive $1bn a year of capital are:

All signs point to technology as the driver for the essential evolution of African infrastructure and economic development, at a faster pace than ever before.