In this guest post Victor Basta, managing director of boutique investment bank Magister Advisors and a specialist in the technology sector, examines the surge in private equity-backed late-stage technology funding, and the implications for the sector.

While strategic M&A deals involving large technology companies like Microsoft or Cisco often grab headlines, there is a far more powerful and pervasive trend that accelerated in 2018 and looks set to continue in 2019. Quietly, tech has become a private equity-backed industry.

Tech companies on both sides of the pond are turning to private equtiy (PE) as a serious and even preferable exit route. Over the last 12 months, 75 per cent of the most active “buyers” of $100m+ technology companies have been PE firms. This is despite the fact that the combined cash balances of the “Big Five” tech companies is an eye-watering $330 billion. Today’s most active tech buyers are private equity firms like Silver Lake, Francisco Partners, and Vista Equity. Not Google, Facebook or Amazon. 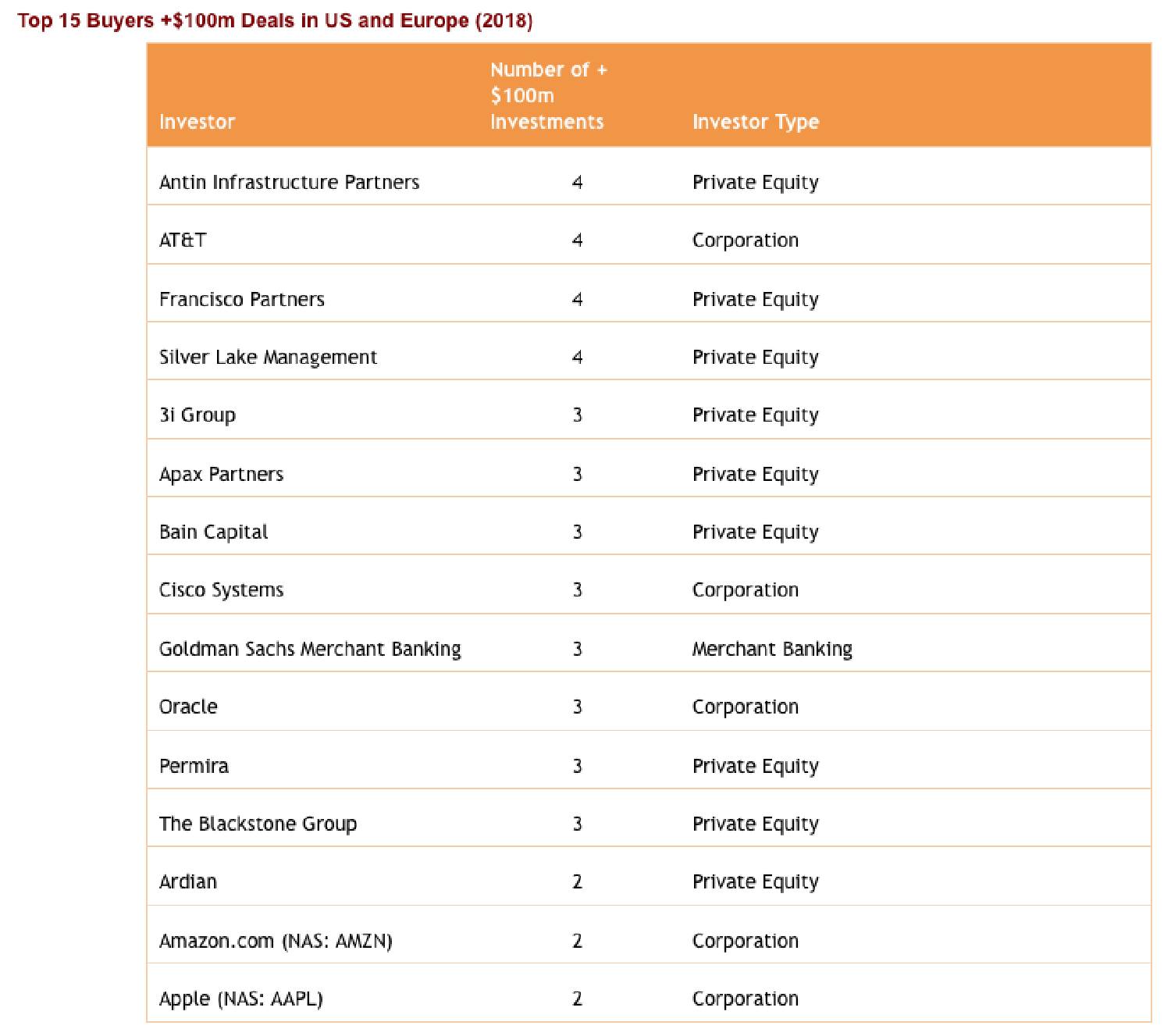 A wholesale shift of tech into PE hands has profound implications for the industry’s future. PE firms manage tech companies differently to venture investors, balancing growth with profitability, meaning investment is done at a slower pace -- both in people and technology -- with a reduced risk appetite for major new innovations. Also, PE firms often use debt to part-fund deals, which can only increase tech’s business risk once we head into the next downturn.

The IPO market is also likely to be seriously affected, as tech companies eschew public scrutiny in favour of continued private ownership. Silicon Valley giants Lyft and Uber have waited to reach huge valuations before even considering an IPO. And it remains to be seen whether these IPOs come to fruition, with companies such as Qualtrics and Appdynamics last year opting to sell for a combined $11bn to industry giants, rather than follow through on rumored public offerings -- a move seen as a blow to the credibility of public markets for technology companies.

This year we have seen PE firms outbidding strategic buyers for the first time ever. It might sound totally counterintuitive that a financial firm with no “synergy” value -- the idea that the value of the combined companies is worth more than the sum of their parts -- or strategic need can outbid a large tech company that has both. However, we see it happening over and over again. Even large publicly traded leaders in their markets, like mobile chip vendor ARM and computer-maker Dell, have sold to private equity.

A major driver for this has been the amount of "dry powder" PE firms are sitting on (the money available to these firms but not yet invested). By most estimates this dry powder totals over $1 trillion for private equity, plus another $500 billion from hundreds of other smaller growth equity firms. But that is a fraction of the money actually available. PE investments can often be leveraged 4-5x using debt, which means that a $1 billion PE investment can become an astonishing $5 billion in cash. So the total existing dry powder, plus potential leverage, multiplies PE deal firepower to an unprecedented potential $5 trillion. That’s enough to buy the German economy, or a quarter of the US economy, with cash left over.

Admittedly many of these PE firms don’t focus solely on tech, but their tech commitments have grown quickly over the last five years. One reason is tech companies have grown at an average rate of 10-20 per cent, versus large corporates growing slower than 5-10 per cent a year - an alluring difference in a low-inflation environment. Secondly, tech companies are now a much larger and more attractive proposition, evidenced by the surge in late-stage financings, such as WeWork’s astonishing $3bn round, or those for Uber, Spacex, and -- closer to home -- Bristol-based AI chip leader Graphcore’s recent $200m round.

Ten years ago, there were few such deals. But in 2018 that number jumped 40 per cent, according to Crunchbase, creating a large pool of mature, private tech companies that PE can buy.

Finally, while sky-high private company valuations get all the press, Alphabet’s price/earnings ratio remains at 24x while Apple’s is only 15x. The biggest tech companies are not nearly as overvalued as some would believe, and not nearly as pricey relative to their growth rates. They are even cheap enough for Warren Buffet to consider. Google, Amazon, and Netflix, some of the highest value businesses on earth, are still growing an astonishing 30 per cent a year while 60 per cent of the Fortune 500 grew slower than 5 per cent.

Profitability at the cost of innovation?

A PE-backed tech industry will have major implications for investors, entrepreneurs, and analysts. Perhaps most pertinent for a tech industry focused on revenue growth rather than profits, PE investors will be aiming for start-ups to reach profitability sooner. It’s unsurprising that private equity firms rarely buy fast-growing companies that are losing a lot of money.

As a result, entrepreneurs will need to be thinking about positioning their companies for the PE world, rather than a sale to a tech giant. This means a focus on key performance metrics, financial discipline, and expense control. It will also steer fast-growing companies away from blue sky investments -- PE buyers seek to support thoughtful but incremental investment, rather than groundbreaking initiatives.

Finally, the sheer weight of money is creating a situation in which PE firms pay very big prices using debt and have to extract every single dollar of savings from the companies they back. This inevitably slows new hiring, which can be healthy but also limiting depending on the situation.

PE ownership is here to stay in the tech industry. Entrepreneurs are increasingly having to get used to “positioning for PE” when preparing their exits, balancing growth and profitability earlier. Pragmatic innovation is the winner, but radical development a lot less tolerable. In short, PE is causing tech to behave like all other industries, more mainstream, more valuable, healthier and more profitable, but perhaps just that little bit less “special” and “transformational”.