How do you disrupt a huge industry & destroy value at the same time? Ad-Tech’s Sobering Lesson

Rocket Fuel’s recent rock-bottom $125m sale to Sizmek confirms an unavoidable trend in advertising technology (ad-tech). What has transformed advertising has generated almost no value for investors, while Facebook and Google, have scooped all the value for themselves.

It is only a few years since investors were racing to invest in ad-tech, Rocket Fuel traded at $2B, and Millenial Media rocketed to $2B after IPO. Now Rocket Fuel has lost 95% of its value, while Millenial sold for 90% less to AOL in 2015. The trend is widespread; content analytics firm Visible Measures sold for $10m after raising $70m. Business Insider’s take on Rocket Fuel’s sale is to the point:

The deal appears to mark the end of an era for the ad tech industry, which has been characterized by a massive flood of funding, a proliferation of start-ups, several rocky IPOs, along with lots of layoffs, pivots and consolidations over the past half dozen years.

Ten years ago, ad execs couldn’t spell ‘programmatic.’ In a few short years, programmatic advertising passed $20B and is on course for $40B in revenue by 2020, along the way disrupting a centuries old industry: 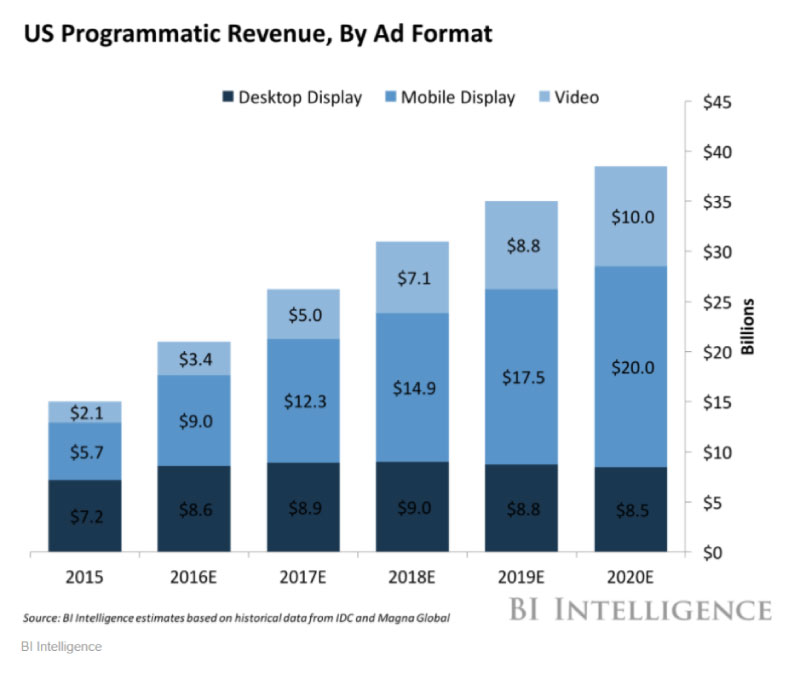 In fact, internet advertising (effectively all programmatic) will surpass TV in 2017, as the single biggest ad-spend category: 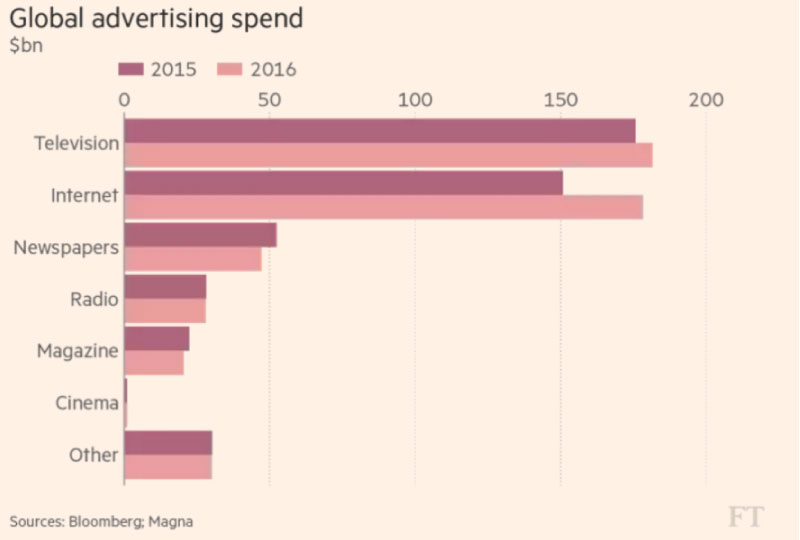 AD-TECH INVESTORS HAVE HAD A WILD RIDE, ENDING IN A CAR CRASH

Until 2014, ad-tech investment was on a hill-climb, reaching nearly 500 investments annually. In one year (2011) close to $4B of capital was pumped into ad-tech, fuelling creation of over 1,000 ad-tech companies.

Since then, investment has plummeted even as the sector has continued disrupting advertising. Today no VC will touch ad-tech no matter how ‘disruptive’:

How did such a force destroy so much value for so many savvy investors? And what can we learn for future disruptive waves?

Today, there are 1,000+ ad-tech companies across Europe and the US. Many are working with interesting customers providing specialist services to help corporates take full advantage of digital.

However, we believe most have no independent future. We expect there will be a wave of ad-tech mergers and acquisitions. Vendors need to become larger and broader to continue being relevant to corporate customers. Below a table of the largest public ad-tech companies’ valuations now and 12 months ago. Two of the seven have already been acquired. Besides Criteo, the rest are public market ‘minnows’, nearly all of whom should be sold in the next 2-3 years.

More broadly, we expect the universe of ad-tech companies to reduce by nearly half in the next five years. They cannot combine fast enough; survival depends on it at this point.

While ad-tech continues to disrupt advertising, there are no longer any disruptive ad-tech companies.